The new European project Jazzbrunch deliver powerful and somehow even beautiful mayhem via their debut music, the first piece of which called “Idiocracy” you can listen to below in its poignant accompanying video. The band feature a few members of Swedish post rock/screamo group Vi som älskade varandra så mycket along with fellow Swedish hardcore punk band Totem Skin’s drummer Sebastian and Scott from The Metroschifter, an American project. Vi som älskade’s singer Arvid — who performs in Jazzbrunch — says that the new music “kind of sounds like them but in English, a little bit more metal and with double bass drums.” Keep scrolling for pre-order info for the physical edition from Zegema Beach Records!

The musicians behind Jazzbrunch have united for something that’s quite straightforwardly harsh and at times, laden with waves of noisy feedback, but they still funnel this manic energy into a truly captivating creation — even if you’ve got to really dig into their work for this beauty to stick out. A true power emerges from the aptly fitting chaos, and there’s even some melody that really sticks in your head.

The band deliver their power largely through utilizing plenty of atmosphere even while delving into wildly harsh textures of noisy, raw black metal and more. They have clearly dived headfirst into raw musical extremity, but their focus is wide and the net of this song captures a wide range of emotionally illuminating textures. Diving into this song feels like examining some unfamiliar seabed packed with creatures you’ve never seen before — danger and awe feel intertwined and around every corner, even as the face of the environment itself shifts.

The band start out on “Idiocracy” with around 45 seconds of musically thin build-up before breaking out into a burst of blistering noise that very soon leads into more directly guitar and drum line driven “melodic chaos.” Throughout this process, there’s a fitting-feeling keys presence, the sound of which — along with all the feedback and other elements — ups the exciting “surreal” feel of this track big time. Their fast and intense melodic chaos eventually quiets down around the two and a half minute mark for a repetitive, slowly growing additional build-up towards the striking conclusion, which funnels lots of that previous power into something memorable but not overwhelming.

The song’s video features old home movie footage from singer Arvid’s childhood, when he jokes that he and friends were “trying to look cool and embrace some sort of metal aesthetic,” but were “obviously not doing a good job.”

The surreal nature of the old footage builds the unique, complexly confrontational feel of the song quite effectively. Arvid quips:

The old footage really works well with the music. We don’t know what we are doing. We thought we could play black metal, but it is really hard. This is what came out of it.

Pre-order the 7″ EP featuring the track below now from Zegema Beach Records. Their U.S. store is at this link, and their international one can be found right here. They’re offering 200 7″ greenish blue vinyl featuring double-sided jackets with lyric inserts, two tracks, and a download code included, with help from Dingleberry Records, Smart & Confused, and Zilp Zalp Records. The band share that the music itself emerged when they had free time connected to their studio base changing locations, and it was mixed and mastered by Jack Shirley (who’s done Deafheaven, Loma Prieta, Oathbreaker) at Atomic Garden.

Check out the track:

Check out what you can get from Zegema Beach: 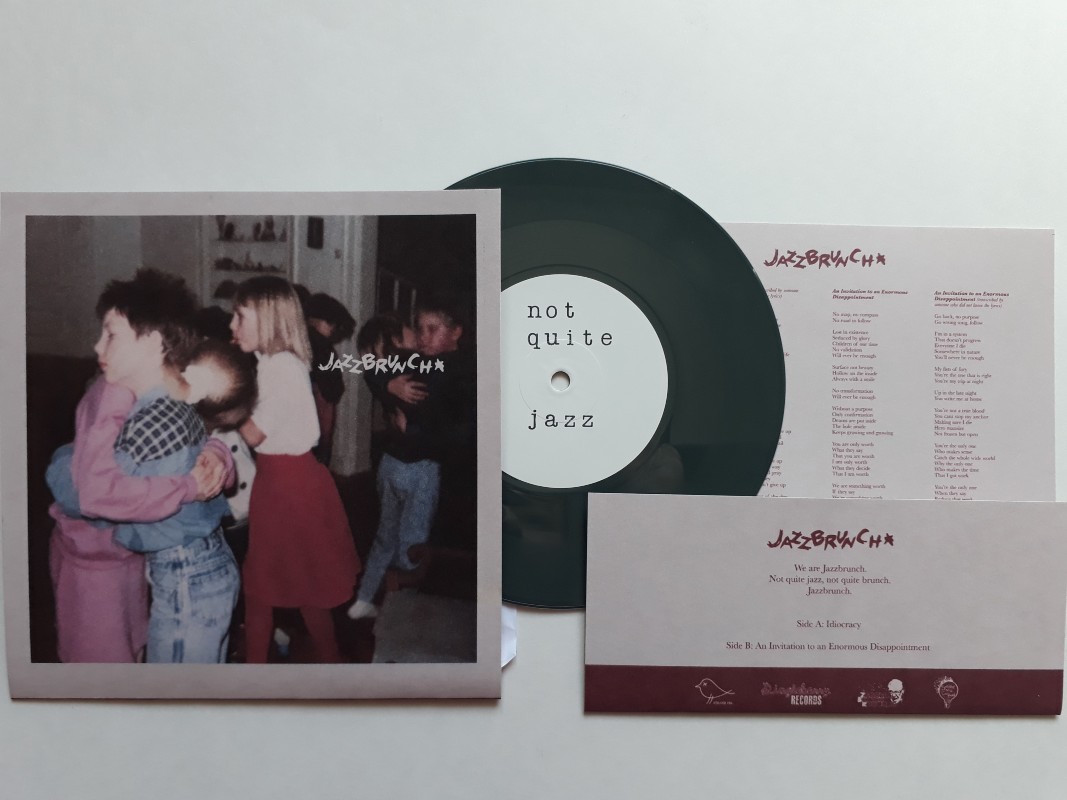