With their newly available compilation tape Ones & Twos, Zegema Beach Records have delivered a perfectly fitting shot in the arm for those trying to get their global screamo fix on. The release features fourteen songs from fourteen different bands who come from around the world and are all composed of just one or two people. Every one of the songs are previously unreleased — get a first listen below!

The textures on these tracks vary quite dramatically at times. The Malaysia-based solo project Piet Onthel kicks off the comp with fast and caustic but melodically strong screamo that balances a gripping line between emotional frigidity and driving melody. Baltimore’s mathy grind duo Euclid C Finder follow with powerfully intricate mayhem that even devolves into some brutal breakdowns by the end, all while the band maintain their sense of a wondrous spaz of energy behind each and every note.

“So in late 2018, I had the idea of doing a cassette compilation featuring one and two-piece projects submitting exclusive songs, as most one/two-piece artists in the screamo/hardcore/metal genre have a hard time gathering bandmates as is, and therefore don’t play many (if any) shows. This leads to labels generally being hesitant at putting out a record by an act that doesn’t tour, nor even play gigs. Thus, I figured this was a good way to promote excellent DIY artists that are also solo and two-piece acts. After speaking with Mashi (Piet Onthel, the catalyst for this compilation) and basking in their enthusiasm I reached out to about 20 projects I knew about and asked for something by January 2020…and now here we are. The tapes are /100 with each band receiving exclusive swirl color variants, and ZBR retaining about 30 copies with our own variant.”

This photo shows what you can get! Don’t sleep on these tunes. 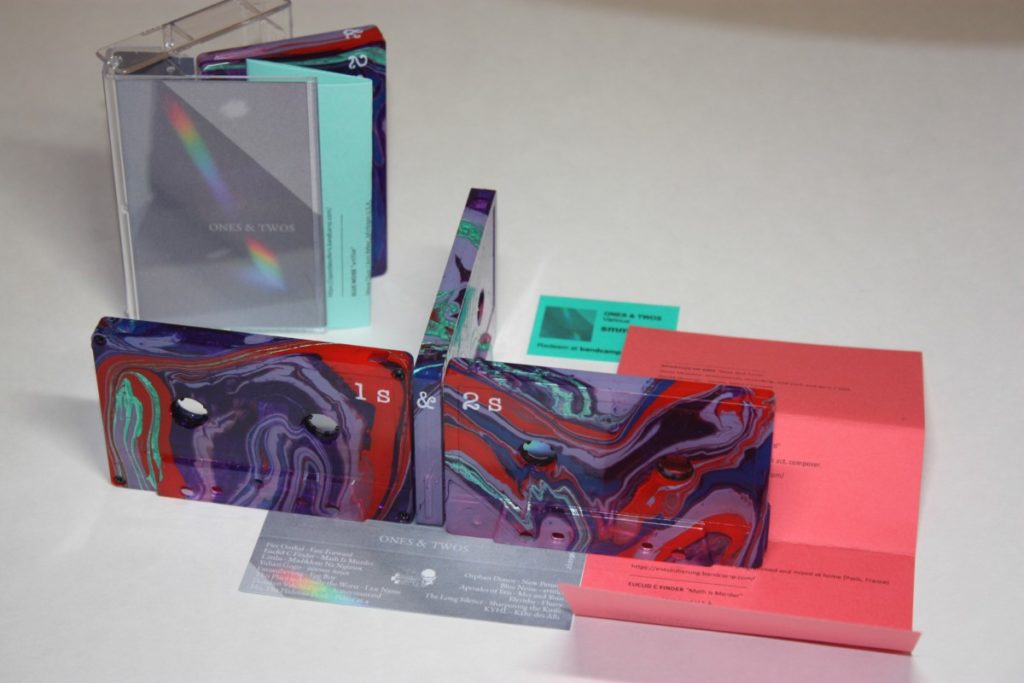