Belgium’s Punchline Hunting Season deliver a wildly crushing rockslide of sound on their new experimental hardcore EP, Lonesome in Aisle 7. The record is available on cassette via Tomb Tree Tapes, who’ve got 56 copies with a multi-colored swirl on the tapes that matches the album art (& The Ghost is Clear Records has a 100-copy CD edition). Get a first listen below!

Punchline Hunting Season perform invigorating jams. The group performs a kind of combination of crushing post-metal with noisy hardcore, and their particular sound feels broadly reminiscent of the invitingly familiar trend of mash-ups of post-rock and screamo — here, the band just gets super heavy, for starters. The riffing and drum rhythms feel cavernous, and listening to the EP feels a bit like jamming along with the band in a packed club as pieces of the building itself fall apart.

The tracks “Nosepulking Turbo” and “Senior Citizen’s Arrest” lean into the band’s post-metal elements, with extended, somewhat more restrained-feeling melodies that still pack heavy bass and uneasily build into more of a kick.

“Post-disposession depression,” meanwhile, opens with almost a minute of streaks of electric guitar melody that feel like they’re tantalizingly lighting the path for the rest of the song. The song subsequently enters a segment that’s still quite melody-driven but feels absolutely staggeringly heavy. The basslines feel perfectly pummeling, and the energy of the rhythms helps drive in the gut-rattling impact. After a couple of minutes of the song have passed, the band temporarily return to more contemplative, math rock-adjacent textures, but they don’t stick around for long — the song’s invigorating conclusion features wallops of searing performances.

“Norwegian Karaoke Combat Gone Bad,” which closes the EP, sounds a bit more drum-oriented, although the super heavy bass riffing is never far out of earshot. The drum performance on the track delivers a cacophonous series of melodies that seem to simultaneously suggest unease and a desperate lurch forward. It’s a wildly hard-hitting encapsulation of chest-thumping, limb-flailing energy — it’s hard not to imagine the band blasting out their performances of the songs in some humid venue.

Listen to Lonesome in Aisle 7 by Punchline Hunting Season below!

Check out an image below of what you can get! 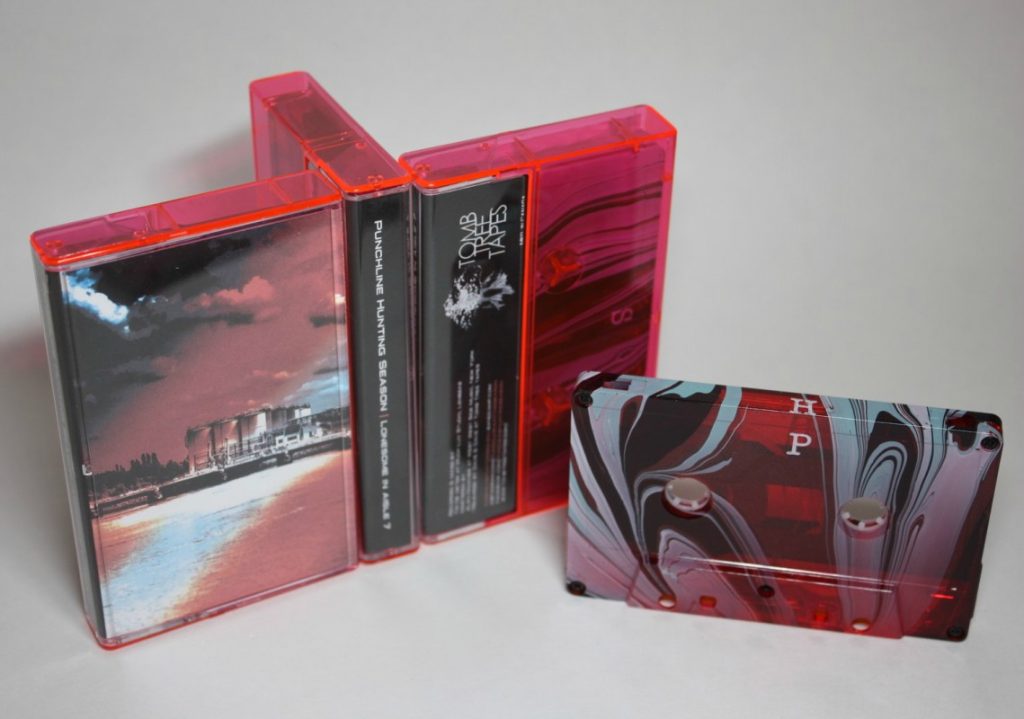