The new album everyone goes away eventually from Michigan’s blue noise is utterly devastating — in a good (meaning constructive and exhilarating) way. The album presents a unique conglomeration of styles including post-black metal and screamo in a pervasive mixture that will get in your head and stay there. This is not music for the faint of heart — all in all, the record feels like a soundtrack to the annihilation of a soul, containing a scream from the void of someone who used to be themselves but has since lost touch with the basis of the reality their self rested on. It’s that intense.

Strikingly, even in the midst of wild sonic meltdowns, the new and so far only album from the project has a clear and pointed musical message. While consistently enveloping the listener in a tidal wave of harsh sound threatening to force them out to sea like a rip current, everyone goes away eventually also makes its way through a number of captivating musical moments. These highlights vary from brief forays into open post-metal textures that provide a sort of breathing space to the furious musical waves of emotion that crash through the standout closing song, “return to form.” Reaching that point feels like the sonic equivalent of getting lashed against massive rocks on a shore by the growing intensity building throughout the rest of the work, which gets expressed memorably by some blisteringly fast walls of intense screamo chaos that repeatedly break through the crushing metallic waves.

These elements combine to provide a sort of out-of-body experience, pushing out to a point well beyond conventional demarcations of pleasant and unpleasantness in music where the two can coexist as one. This musical experience has clear emotional implications, forcing a kind of birds-eye view of our time here that helps force an emotional clarity that’s almost surprising considering the sheer force of blue noise’s music. For the right listener, everyone goes away eventually will quickly prove a potentially irresistible experience. The record packs something that we wanted and even needed to say illuminating the persistence of pain but might have struggled with previously.

Listen to the album below.

Buy a physical copy of the album from Zegema Beach Records, which is offering cassette tapes in a variety of super attractive formats including the below, which contains a demo that preceded the full album. 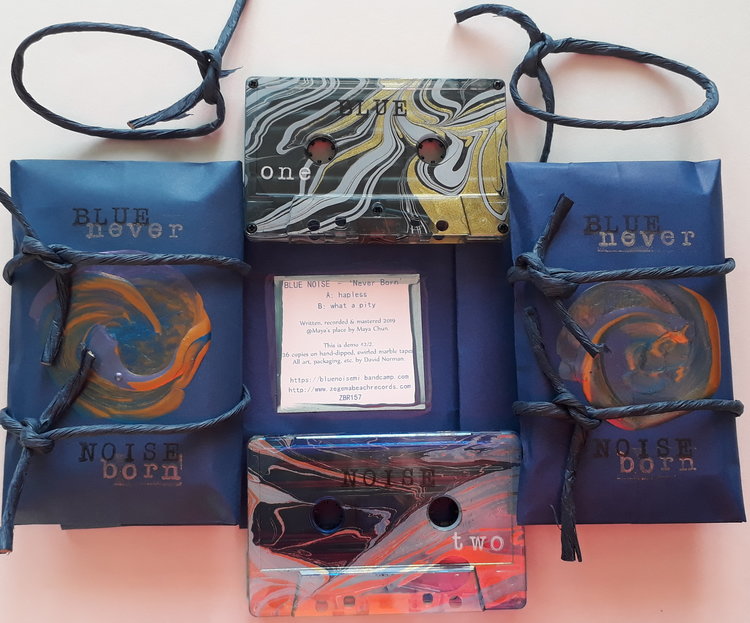