The new album from the Michigan-based group Dead Hour Noise overflows with menacing extreme metal prowess that (wonderfully) never quite fits in a single box but always proves relentlessly exciting. Called Sleeping Dogs and out on January 10 via Silver Maple Kill Records on CD, the album veers between devastatingly frantic mathcore that feels like the musical encapsulation of absolutely losing your mind and more drawn out, sludgy portions that allow the painful menace of the surrounding mania to really stick. One of the last songs on the album (“Audience Joins Murder”) clocks in at a surprising around seven and a half minutes long — and every second bursts with the perfectly dynamic, thrilling brutality that the band put on such awesome display here.

The tone of the album as a whole feels like rushing up to some mirror and tearing out your hair and/or clawing at your own face. In other words, no part of the listening experience exactly feels subtle or understated, but the group delivers an invigorating power coursing through the songs thanks to their solid performances. No part sounds really unsure, and there’s never really a feeling of getting lost in the noise. For all their wild mayhem, the songs are outstandingly re-listenable — that repeat button starts eyeing you as a listener before the album even concludes. The sheer energy and precision of the group’s intricate but blistering meltdowns ensure that enthralling sincerity shines through.

Besides the spotlight on the epic, more drawn out miserable riffs packed in the last couple of tracks, the band really let just about all the different parts of their complex, jagged sound shine at various points throughout the record. Opening track “Scatter” clocks in at less than two minutes but feels so energetic that it’s a wonder it even survives that long before collapsing, but the next couple of tracks, like “The Texas Effect,” introduce more direct, swaggering but always manic riffs that get a bit more of a chance to shine on their own thanks to the (slight) slowdown in the music. The journey goes on from there, and by the end of this record’s wild ride, it’d be a wonder if you weren’t fist-pumping along, no matter where you’re listening.

Check some out below!

Dead Hour Noise are touring soon with Nerver. Check out info below and follow the band on Facebook for updates! 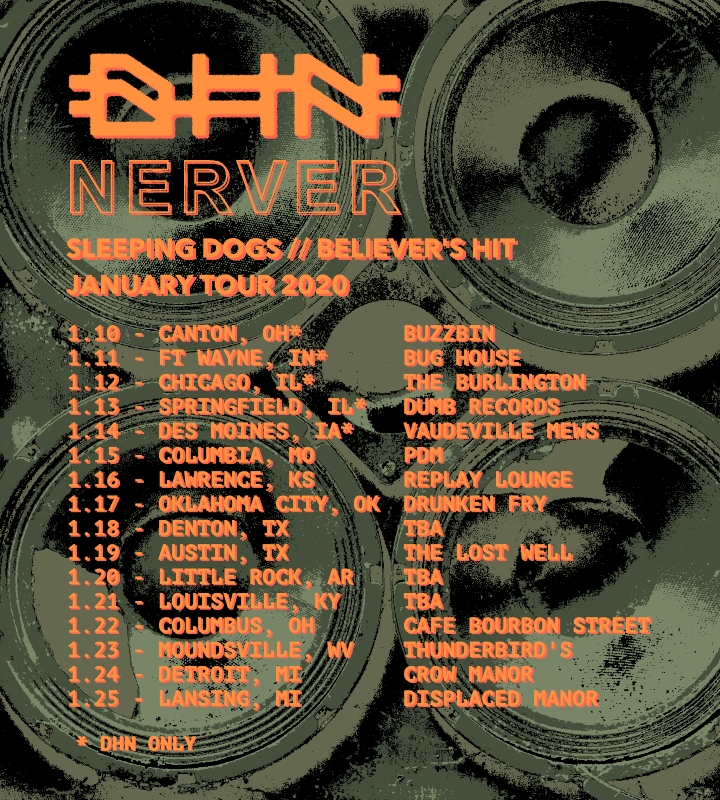