Loftus sound super wild. The (at least originally) California-based band is no longer active, but Zegema Beach Records is releasing a tape capturing the band’s discography, which includes two demos, a full-length album called Hugs and Drugs, an EP released for a European tour, and an unreleased EP under the moniker of No Apollo. Tapes will be available for purchase on Sept. 28. Get a first listen below to three of the tracks from the release!

The first track, “Infomercial…”, features a super heavy breakdown after about 20 seconds, with frantic, electrified-sounding riffs packed in on all sides. There’s more breakdown riffing at about the one-minute mark, which leads into a meaty, galloping rhythm, which in turn leads into blast beat-riddled chaos of the song’s searing conclusion.

Throughout this song and the rest of the band’s music, there’s a consistent return to gut-rattling frenzy. Listening feels a bit like falling down a flight of stairs alongside a band, whose members are also falling down a flight of stairs for some reason, and — for some reason! — everyone’s having a good time while this chaos takes place. The band’s music is definitely not total chaos; the melodic riffs that are buried in the songs present a strikingly emotionally upheaved musical portrait — and the disarray really drives in the impact.

“Crusty” opens with dramatically swinging riffs that quickly spike in intensity, and earth-rattling breakdowns emerge at around 45 seconds. The tapestry of riffing and drum blasts sounds a bit like a musical cheese grater that’s getting smashed into the wall over and over again. Still, there’s a strangely alluring sense of cohesion in the songwriting, leading from one frenzied crescendo of searing heaviness to the next. Sure, it’s crazy, but it’s also “real,” and invigorating.

“Untitled 1” doesn’t have any vocals, and it’s a bit more groovy than the other two tracks, although it’s still very, very heavy.

Without further ado — listen below!

Check out photos below of what you can nab from Zegema Beach Records. The run includes 111 tapes, including 66 swirl copies, 30 half blue/half pink copies, 10 gold-plated swirl copies, and 5 test dips. 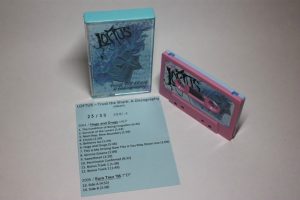 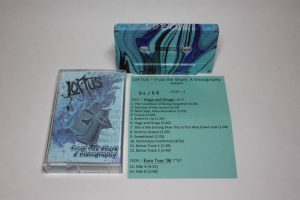 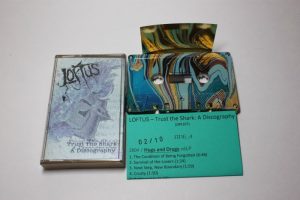 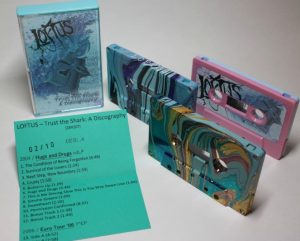