Nadja and Disrotted, who are currently based in Germany and Chicago, respectively, have united for a pummeling new split album that’s available now on vinyl from Roman Numeral Records. The groups perform a swirling mixture of doom, sludge, and drone metal, crafting rather experiential and immersive songs that feel very powerful.

Get a first listen to the new split album below! Nab a vinyl copy of the impressive album, which comes on a kind of purply haze vinyl, at this link.

Nadja’s contribution — “From The Lips of A Ghost In The Shadow of A Unicorn’s Dream,” which is over 19 minutes long — rests somewhere between drone metal and a straight-up noise composition.

The instrumentation, ranging from a crackling and vaguely threatening haze of distortion to a shuddering bass and steady hits from a drum machine, stretches throughout the song without pretty much any break, filling out the band’s musical portrait with a startling sense of confrontation. The dynamically nuanced music is direct and feels riddled with tension, and when the thunderous bass suddenly emerges within the first few minutes, it’s pointedly jarring.

Interestingly, thanks to the relative straightforwardness, the music doesn’t feel particularly inaccessible or unreachable. Instead, the track feels like a sonic encapsulation of a front-row ride into the depths of a vast and metaphysically petrifying cosmic abyss. The consistently mid- to lower range tempo makes the musical anxiety feel more like a blanket of fog than any particular entity — the focus, as the song title suggests, rests more with the somehow suffocating shadows than anything that might be hiding within the blinding darkness. A clawing sense of deeply reverberating terror seems to define this musical confrontation with a looming unknown, and the song’s overall combination of subtle yet expansive majesty with nauseating unease feels powerful.

The Disrotted track, which is called “Pastures For The Benighted” and features over 15 minutes of music, carries a markedly heavier vibe, with harsher distortion as if the entrancing song captures a moment of observing some ghastly creature emerging from the depths of a bog.

The sludgy undertow in the droning song imparts a sense of musical claustrophobia, with that musical fog that unfolded across the Nadja track suddenly becoming fiery. The slow but pummeling guitar riffs, which have a rather prominent place in the haze alongside elements including eventual growled vocals, feel gripping and psychologically pointed, and when the song’s grounding suddenly shifts around the mid-point of the track and beyond, the effect feels inwardly grueling. At those points, Disrotted move into temporarily brisker performances that feel like icy wind blasts, and as the song proceeds, some of the riffing begins to connect more closely, and the decreased space between the flashes on the guitar creates a grim processional vibe. The song feels somewhat hypnotic.

Roman Numeral Records have vinyl copies available, as mentioned, at this link. The album is also available on cassette from Taiwan’s Bad Moon Rising Records at this link.

Listen in full below!

Check out an image of what’s available via Roman Numeral Records below: 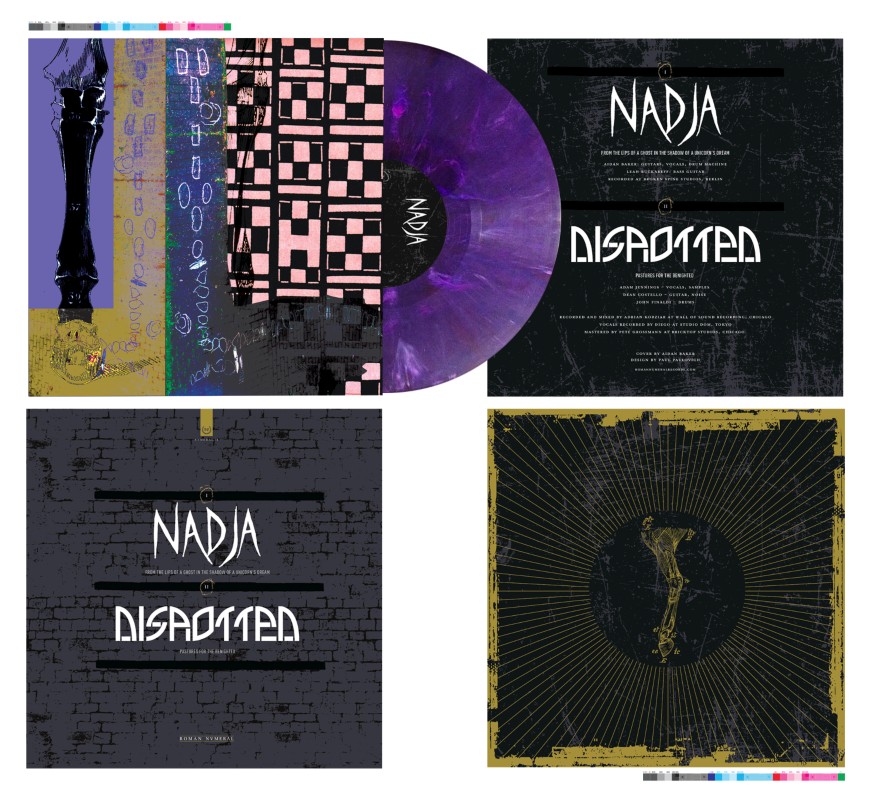