“The Well” — a sprawling new over 20-minute track of industrial-inclined ambient from Finnish multi-instrumentalist Eeli Helin — feels like descending through a lengthy passageway in the earth and eventually becoming totally enveloped by blinding shadows. These shadows leave room for little but metaphysical contortions, as though mentally disassembling under the weight of the looming musically expressed expanse.

“The Well” is the first single from The Lurks, a four-track record of similarly styled tunes that’s slated to drop on June 12 via Trepanation Recordings. Get a first listen to “The Well” below!

Throughout most of the track, the mix proves quite thick, which amplifies the feeling of an immersive — and relatively inescapable — musical atmosphere.

The track hinges in part on shimmering synth pulses that Helin has surreally mixed with a drawn out, searing haze. There’s a sense of form thanks to the repetitious trance-like synths, but the billowing fog of abrasive ambiance makes that form feel like it reflects something ghoulishly twisted. Perhaps you’ve reached what seemed like the bottom of an overgrown well and found that the space keeps going, or perhaps you’ve discovered that a form to whom you were speaking was a ghost. Perhaps you’ve stumbled across a mirror and discovered that you yourself are no longer in the lively — and alive — form that you remember.

Whatever the exact sonically evoked scenario, “The Well” captures a profoundly forceful sense of unease that gradually builds into anxious dread.

Of course — there are no lyrics on “The Well,” indicating how Helin has left final interpretations open to observers. Overall, the track ends up shifting with a sense of captivating drama, and ominously extended siren-like tones eventually appear, heightening the compelling current of gripping theatrics. While moving into its latter half, the intensity falls out a bit — leaving a slowly paced and somber musical processional in place — but the tension spikes once more when moving into the track’s conclusion.

Pre-order The Lurks at this link.

Listen to “The Well” below! (If there’s an issue with displaying the track, please refresh the page and/ or wait a moment.)

Below, check out an image of what you can get from Trepanation Recordings: 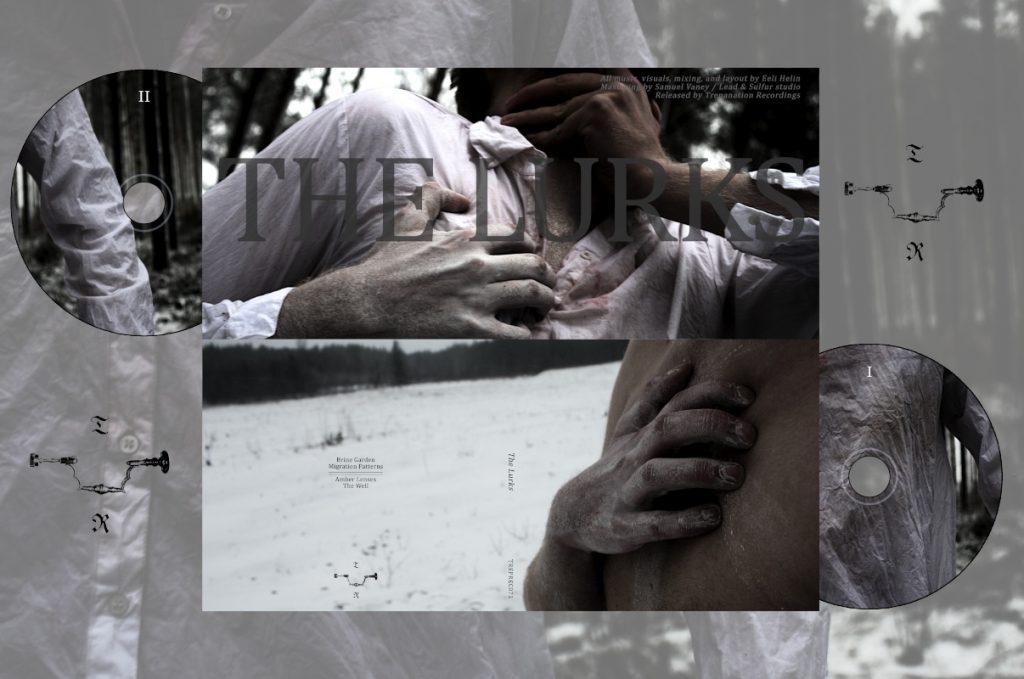