Voices — a new record with instrumentals provided by the Portland hardcore punk/ skramz crew Gilded Age and vocals added by other contributors telling their stories across the tracks — is searing.

Get a first listen to the record, which is available via Tomb Tree Tapes, below!

Voices is rhythmically upending, like a sonic encapsulation of a sudden storm sending debris flying. In more personal terms, the compelling record feels like a reflection of desperately propulsive rage. Clouds of chaos hang over the journey, with consistent (and invigorating) unpredictability in the textures alongside an overall ragged energy, but the push forward is unmistakable.

As the record’s bounding punk rhythms roll out, Voices lands like the sound of relentless determination, as though pushing through sheets of blinding rain — or concluding that now is the time to stand up and move through the day, delivering a poignantly rejuvenating “Fuck you!” by your very persistence to those who have inflicted harm.

Overall, Voices is unique in the Gilded Age discography. Rather than the vocal contributors adding a verse and stepping back, they have entire tracks with which to share their experiences.

As Gilded Age explain: “We wrote 10 instrumental powerviolence tracks and handed the music over to woman-identifying, non-binary, and BIPOC folks to write lyrics and record vocals. The core of this project is to provide an outlet and a platform for those who have been historically underrepresented, especially in punk.” The “context,” they add, was the turmoil surrounding the revelation by Dr. Christine Blasey Ford that she had been sexually assaulted by then-U.S. Supreme Court nominee Brett Kavanaugh, who has since been confirmed and sits on the court.

Many in power refused to take Ford seriously, and Gilded Age note that they “were outraged by the reductive dismissal [Ford] publicly endured.” At the time, “Many of the woman-identifying people closest to us expressed defeat and frustration, as well as an urgent need to blow off steam,” according to the group. All proceeds from Voices go to Rose Haven Day Shelter for Women and Children in Portland, Gilded Age also say.

Voices is available on ten tape variants, including nine bearing the names of the nine vocalists who appear on the record and a tenth with the name of the band. The set release date for the record is this Friday.

Overall, the dynamically captivating record shifts between extremes like the unsettlingly scorching fog of the more atmosphere-inclined “Atheist Prayer,” which features a pointedly full sound driven by downtrodden yet gruelingly forward-moving riffs, and the quick blasts of demolishing force on “Shame Face,” “A requiem: ad nauseam,” and beyond. “Forgiven,” meanwhile, ends with more of that profoundly jarring atmosphere, and at all times, the music across Voices remains abrasive yet gripping.

Listen to Voices in full below! (If there’s an issue with displaying the music, please refresh the page and/or wait a moment.)

Below, check out a few examples of what you can get from Tomb Tree Tapes to support this impressive release: 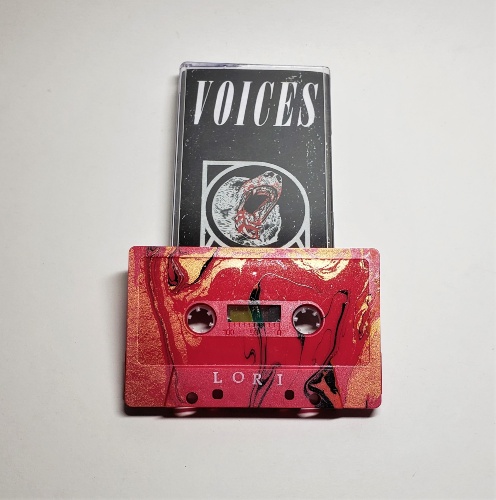 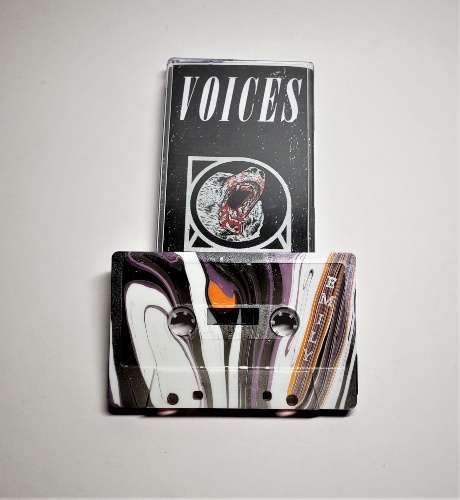 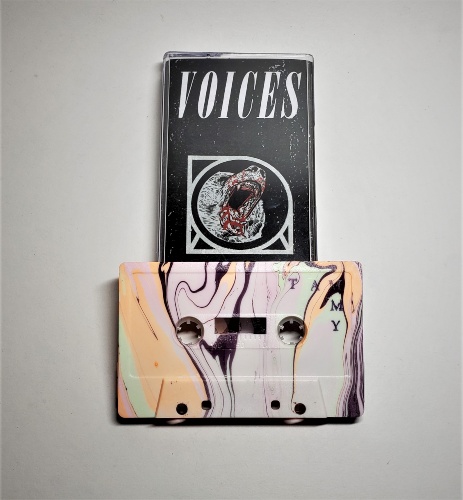